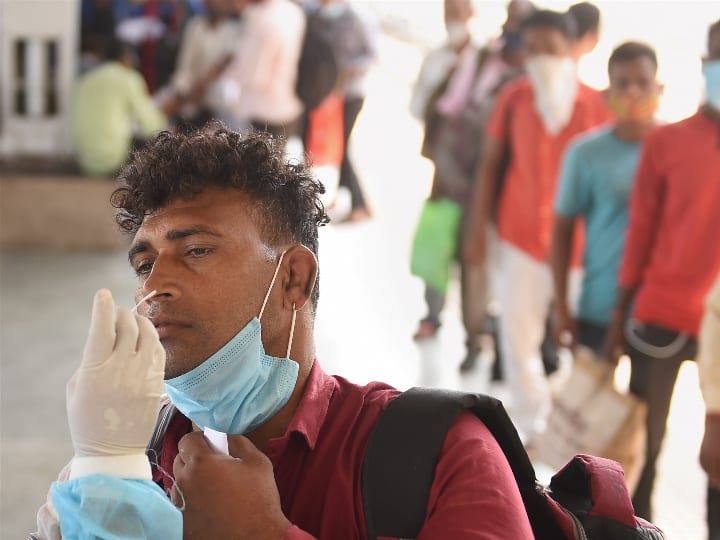 Mumbai RT-PCR Test: With the arrival of 4456 new cases of Kovid-19 in Maharashtra on Wednesday, the total number of corona virus infections increased to 64,69,332 in the state, while the death toll reached 1,37,496 after the death of 183 more patients. At the same time, 415 new cases of corona have been reported in Mumbai. RT-PCR test has been made mandatory for international passengers arriving at Mumbai airport from many countries after the new strain of Kovid has come to the fore.

RT for international passengers arriving at Mumbai airport from UK, Europe, Middle East, South Africa, Brazil, Bangladesh, Botswana, China, Mauritius, New Zealand, Zimbabwe after a new strain of COVID-19 has been detected, according to BMC. -PCR test has been made mandatory. At the same time, 4456 new cases were reported in Maharashtra during the last 24 hours and 4430 patients of Kovid-19 were also infection free.

RT-PCR test is mandatory for int’l passengers arriving at Mumbai Airport from UK, Europe, Middle East, South Africa, Brazil, Bangladesh, Botswana, China, Mauritius, New Zealand, Zimbabwe upon arrival at airport at their own cost, in wake of discovery of a new strain of #COVID19: BMC

What is the death rate?

With this, the number of people who beat the infection of this deadly virus in the state increased to 62,77,230. The number of patients under treatment for Kovid-19 in the state has increased to 51,078. According to the Health Department official, the recovery rate from infection in Maharashtra has gone up to 97.03 percent while the death rate remains 2.12 percent. Not a single new case of corona virus infection was reported during the last 24 hours in the municipal areas of Malegaon, Dhule and Nanded, apart from rural parts of Dhule, Jalna, Hingoli and Washim districts.

Where did most of the cases come?

On Wednesday, 653 new cases were reported in Ahmednagar district of the state, followed by 608 new cases of corona virus infection in Pune. During the last 24 hours, maximum 32 patients of Kovid-19 died in Pune city. In the capital Mumbai, 415 new cases of corona virus infection were reported while four patients died. During the last 24 hours in Maharashtra, 1,78,004 samples were tested for Kovid-19. So far, 5,41,54,890 samples have been tested for Kovid-19 in the state.

Live: There is a possibility of a ruckus in the Parliament...