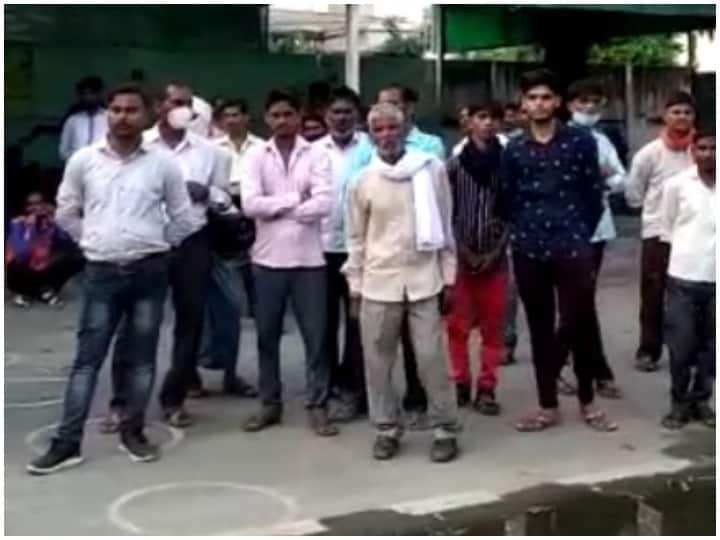 Bareilly News: A young man, who had taken his wife to his in-laws’ house in Bareilly, disappeared under mysterious circumstances. His bike was found on the Ramganga flyover and a suicide note was also recovered from there. In which he has told the responsibility of his death to his father-in-law. While the matter remained entangled in three police station areas, the relatives gheraoed the SSP office.

In fact, Rahul Kumar, son of Dwarka Prasad, a resident of Parothi village of Nababganj police station area of ​​Bareilly, had gone to his in-laws’ house Kunwarpur Tulsi Patti of Kyoldia police station area with his wife on Sunday morning. In the evening, Rahul’s father called him and asked when he would come back, he said that he would come back on Monday morning. On Sunday evening, Rahul’s motorcycle was found parked on the Ramganga bridge of Subhashnagar police station area. Rahul’s purse and suicide note were also found on the bike. In the suicide note, Rahul has written that his in-laws harass him a lot, so he is giving his life by jumping into the Ganges.

The big question is that Ramganga is about 50 kilometers away from Kyoladia. If Rahul wanted to commit suicide, why would he come this far? At the same time, in this case, SP Rural Rajkumar Agarwal says that Rahul’s missing has been registered and his search is also being done in Ramganga. A suicide note has also been found near his bike, work is being done in that direction too. Right now, the mysterious disappearance of Rahul has created a ruckus in his family.