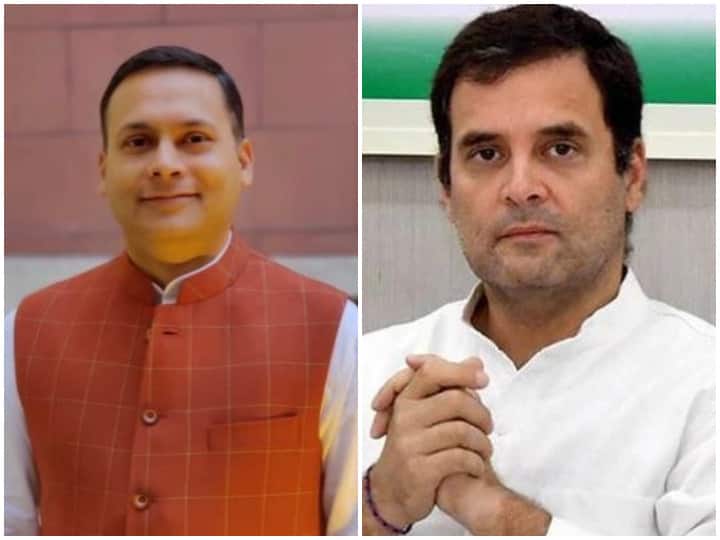 BJP on Rahul Gandhi: A video of Congress leader Rahul Gandhi has gone viral on social media in the past. In this video, Rahul Gandhi is seen sitting with some leaders and before going to the rally, he is heard asking them, “What do I have to say?” At the same time, now BJP took a jibe at this video of Rahul Gandhi saying that this happens when you do politics between private foreign trips and nightclubbing.

BJP’s social media in-charge Amit Malviya tweeted this viral video of Rahul Gandhi saying, “Yesterday before his rally in Telangana, Rahul Gandhi asked the leaders what is the theme? What do I have to say? He further said this happens when you Travels abroad with personal relationships, politics between nightclubbing.

Let me tell you, another video of Rahul Gandhi went viral in the past, in which he appeared with a woman in a nightclub. This video was from a club in Kathmandu, the capital of Nepal. After this video came to the fore, there were reactions from all the political parties. Amit Malviya has also taken a dig at Rahul Gandhi, referring to this video.

Yesterday, Rahul Gandhi before his rally in Telangana, supposedly in solidarity with farmers, asks what is the theme, what to say!

Such exaggerated sense of entitlement. pic.twitter.com/NdRBDlGNK3

On this video of Rahul, All India Majlis-e-Ittehadul Muslimeen Chief Asaduddin Owaisi also attacked Rahul and said, “When you yourself do not know what to say, what message will you give to the people? And why do people support you. Will you?” Owaisi said furiously, “Your mind is empty. How will you fight TRS.”

At the same time, on Amit Malviya’s tweet, Congress defended Rahul and said, what should be answered. Why don’t they accept that they are giving cover fire to KCR?

Tajinder Bagga Arrest: Two petitions were filed in the High Court on behalf of Punjab on the arrest of Bagga, accusing the state police of taking hostage

Health Ministry told that there is a decline in the number...