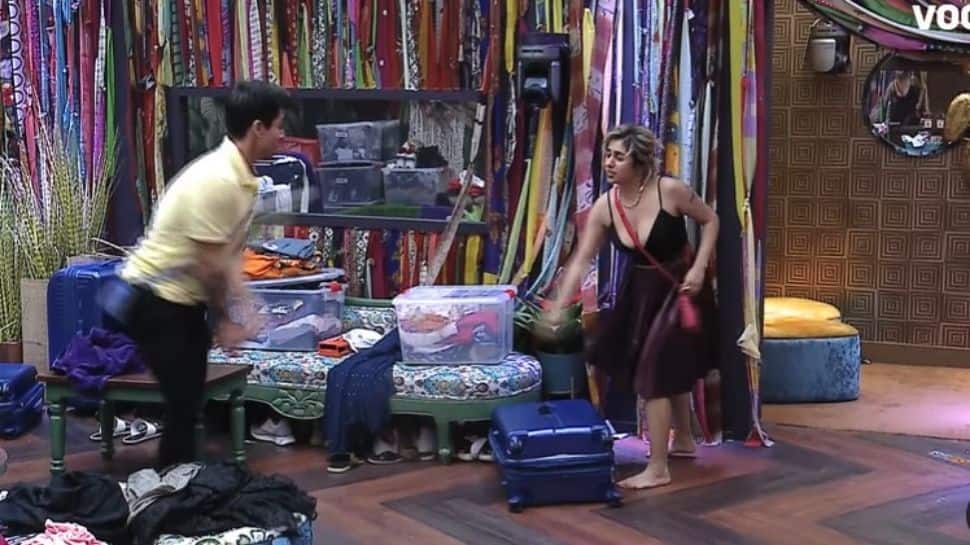 New Delhi: Bigg Boss OTT is a roller-coaster ride full of emotions and drama. As the show enters its fourth week, Bigg Boss gives the housemates a chance to receive letters from their loved ones.

While all the housemates looked emotional, only Neha Bhasin and Prateek Sahajpal were safe from the nomination task as they are the boss man and boss lady of the house at the moment.

One of the tasks was to tear up your letter to secure the connection to your partner from the enrollment task and to allow them to read your letter.

whereas Shamita Nominated himself and handed over the letter to Rakesh, it was Nishant who sacrificed his letter for Moose.

While the whole house was in tears, Akshara and Milind mutually decided to tear their letters and eventually both got nominated.

Later, it was announced by Bigg Boss that it was Shamita, Nishant, Divya, Milind and Akshara who were nominated for this week.

Later, Bigg Boss gives another chance to the housemates to swap their partner and this time the girls are also allowed to press the buzzer to have a relationship with Divya.

However, none of the connections picked up on the given opportunity, it was Prateek who played a small prank with Neha and said that he is thinking of making a new pair with Divya, and this frustrates Neha to such an extent. She throws her slippers at him and vows to end all relations with him during the show.

For more updates on Bigg Boss OTT, stay tuned with us and watch this space.