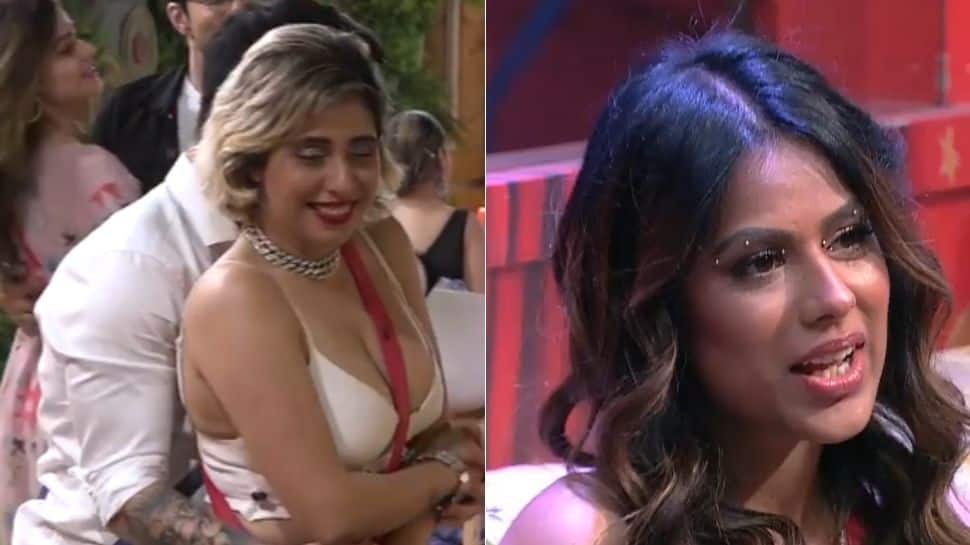 New Delhi: In the latest episode of Bigg Boss OTT, the housemates see a wild card entry in the house – Actress Nia Sharma. Yes, you heard that right. Nia entered the show with a stellar introduction and won everyone’s heart as soon as she entered the Bigg Boss OTT house. She wore a beautiful golden outfit and congratulated all the contestants for their performance.

Bigg Boss declares Nia Sharma as the boss lady of the house and says that she is in charge of the house for the day. Bigg Boss also gives coins to Nia that if they manage to impress her then she will have to distribute it to the family members.

When Nia entered the house, all the male contestants were in awe of her stunning looks including Prateek Sahajpal. This made Neha Bhasin a little jealous and asked Prateek not to break up with Nia Sharma. However, Prateek assures Neha that he does not want to change his connection.

Nia spoke to all the contestants personally and gave her opinion on their performance in the show. She tells Rakesh that she doesn’t know him as he didn’t let his personality shine through in the show.

Nia also approached Divya Agarwal and told her that she would like to be his connection on the show. While talking to Moose, Nia tells him that she hides behind Nishant’s shadow and advises him to be more independent.

Coming back to the task, Nia first asks Neha to let Prateek massage oil on her body. This raised many eyebrows in the house as Neha and Prateik have been getting quite close lately.

Nia then asks Rakesh to tell about his vulnerability, his fear and asks him to speak the truth as it was also his birthday. He talked about the comments people make on him and asked his family members to go easy on him as he is a ‘slow learner’. Talking about Shamita Shetty, he said that he likes her and they will stay connected even after the show.

Later Neha entertains the whole house by imitating other contestants. Everyone had a good, heartfelt laugh during Neha’s performance which was heartwarming to watch.

However, after Nia’s arrival, there was a lot of hustle and bustle in the house. Some connections had arguments after the day ended like Shamita-Rakesh and Milind-Akshara. Other housemates intervene to help the connection resolve their disagreements.

For more updates on Bigg Boss OTT, stay tuned with us and watch this space.