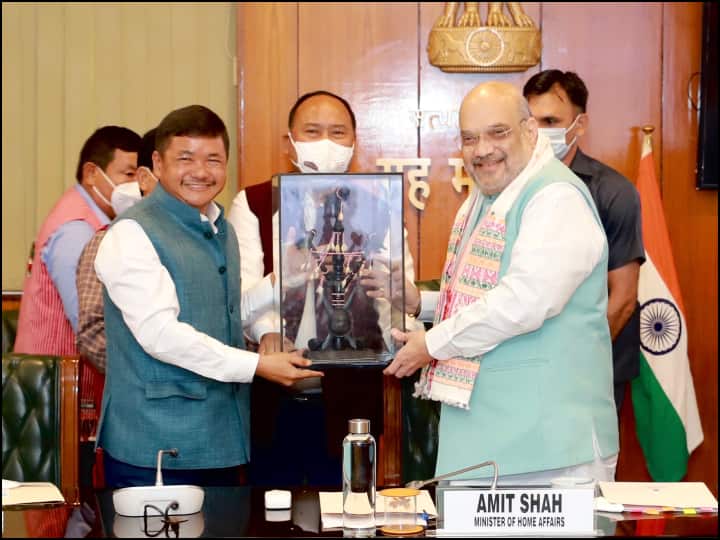 Karbi Peace Accord: A tripartite agreement was signed between the Assam government, the central government and five insurgent groups in the state on Saturday to end years of violence in the Karbi Anglong region.

As a result of this agreement, around 1000 militants belonging to these groups have surrendered with their weapons and joined the mainstream of the society. The Union Home Minister said that the Karbi Agreement will prove to be another milestone in Prime Minister Narendra Modi’s vision of a “militancy-free prosperous Northeast”.

Citing the example of similar peace agreements signed earlier with other Northeast extremist groups NDFB, NLFT and Bru groups, the Union Home Minister said, “We fulfill all the conditions of the agreements in our own tenure and to fulfill them.” Government has a track record.

Shah said that since Modi became the Prime Minister, the Northeast has not only been the prime minister’s area of ​​focus, but the all-round development of the Northeast and peace and prosperity there has been the top priority of the government.

The agreement assumes significance as over the years in Karbi Anglong militant groups have been carrying out incidents of violence, killings and kidnappings demanding a separate territory.

West Bengal-Odisha Bypolls: Assembly by-elections to be held in Bengal and Odisha on September 30, results will come on October 3