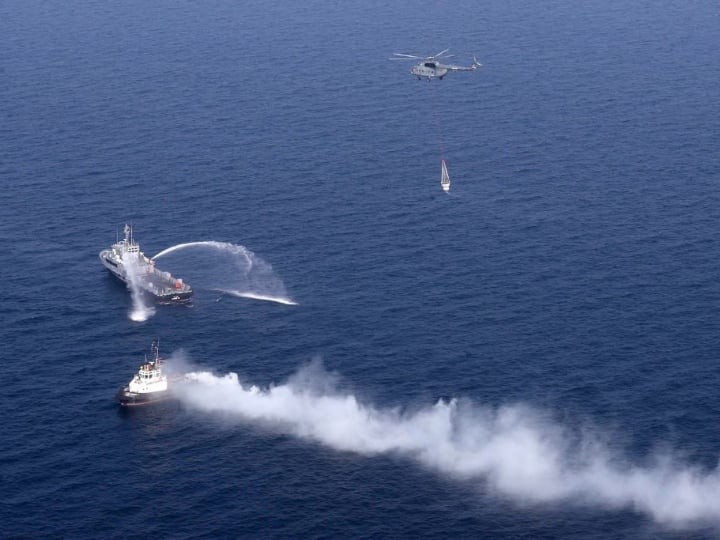 Chinese Missiles land in Taiwan And Japan: China is aiming for many of its goals on the pretext of giggles over US House Speaker Nancy Pelosi’s visit to Taiwan. China is doing its most gruesome maneuver (PLA War Drill) ever. Due to this, he fired several missiles one after the other, which fell in the territory of Japan besides Taiwan. In media reports, the number of these missiles is being told from 9 to 11. It is being said that five Chinese missiles fell in the territory of Japan. China had fired these missiles off the coast of Fujian province. Japan’s Defense Ministry also shared a picture of a missile attack.

The target of Chinese missiles has stirred the world and the question has arisen whether China is waging war through this maneuver? There has been a reaction from both Taiwan and Japan to China’s missile attack. Taiwan has once again reiterated that it will take every step to protect itself and Japan has said that it is monitoring Chinese activity.

Regarding the Chinese missile attack, Taiwan’s President Tsai Ing Wen said, “Taiwan will not escalate the conflict but we will firmly defend our sovereignty, our security and our democracy”. But the tanks have been removed.

Also read- China-Pakistan: After Taiwan, now China’s eyes on Pakistan’s Balochistan, preparations for occupation under the guise of missile bunker?

That’s why China is angry with Japan

Japan has supported Taiwan, so China is angry with it too. Actually, Japan is part of the G-7 group. The G-7 has condemned the Chinese maneuvers in the sea around Taiwan. Due to this, the bilateral talks between the foreign ministers of China and Japan have been canceled. Japan has also hosted American House Speaker Nancy Pelosi, so China is also angry with it.

If China did not agree, Taiwan also started military exercises, imposed on the dragon to ‘prepare for attack’

Space Environment: 35 explosions on the surface of the Sun in two weeks, what does it mean

Amrit Festival of Independence will be celebrated in Boston city of America, know what are the special preparations