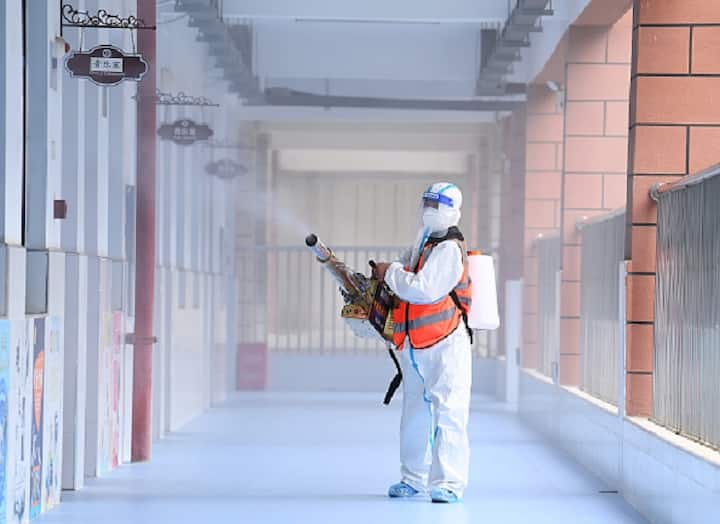 In a day, students of all four classes will not be called together, for this separate arrangements have also been made. Along with this, the isolation room has also been prepared according to the guidelines of DDMA. School Principal Dr. Satveer Sharma says that we ourselves have also prepared SOP. Opening schools is also a big challenge for us and we are ready for that. We have started sanitizing the classes.

Stickers are being put on leaving a bench, leaving a bench, children will sit. We are in favor of inviting only 50% of the children. There are total 4 classes in ninth, tenth, eleventh and twelfth, we will not call all the four classes together. Is also separating it so that there is no crowd and social distancing is maintained.

Dr Sharma told that now both online and offline classes will run. Keeping in view the number of children, further preparations will also be made. Consent letters have been sent to the parents, although no response has been received yet. But we hope that the parents will definitely send the children. Along with this, we will also do a psychology workshop, understanding the state of mind of the children. Parents’ workshop will also be conducted. We will call 5 parents from each class and will show all our preparations by meeting with them. Some parents want to send their children to school. Children also want to come to school, so we hope that the children will come.

An oxygen cylinder was also kept for emergency

Nishant Sharma, associated with the school management, said that thermal scanning will be done in the isolation room, oxygen concentrators, oxygen cylinders have been kept. An oxygen cylinder is also kept separate for emergency. The number of beds has been increased and separate rooms have been marked so that if needed, the number of beds can be increased. We have empaneled doctors on call with us so that they can be with us in case of emergency and have also tied up with a private hospital which will also be used.

In the Sakinaka rape case, the Mumbai Police Commissioner said –...