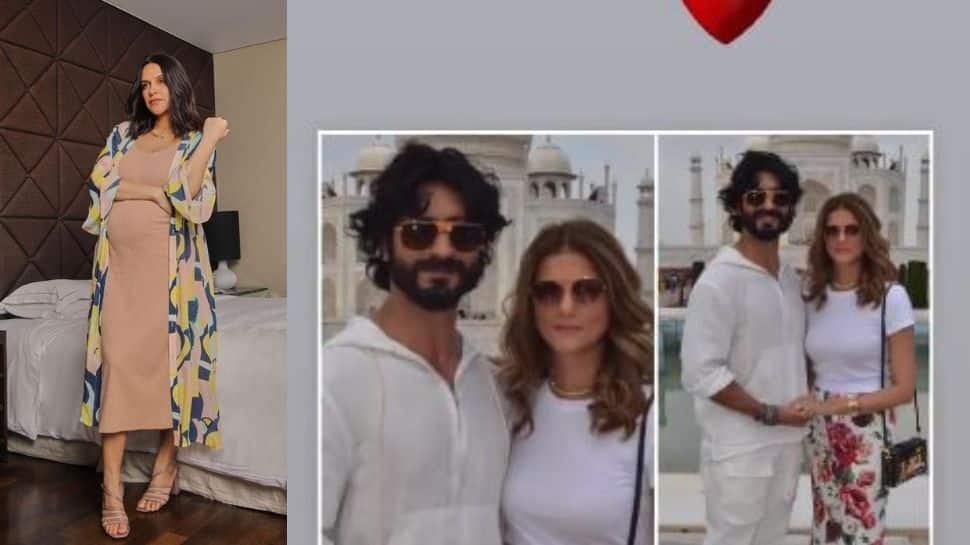 New Delhi: Speculations about actor Vidyut Jammwal’s secret engagement to fashion designer Nandita Mahtani have been doing the rounds for some time now and it seems Actor Neha Dhupia Confirmed it only on Saturday.

Yes, you read that right.

Neha, who is expecting her second child with husband Angad Bedi on Saturday, publicly congratulated the couple on the good news.

Sharing a picture of the lovebirds from the Taj Mahal, Neha congratulated the couple and the post has now gone viral on social media.

Neha captioned it, “Best news ever… Congratulations @mevidyutjamwal @nanditamahtani.” She also added a red heart sticker to her story.

The couple’s pictures went viral on social media in which the two can be seen all smiles as they pose together in front of the memorial which is a symbol of love in itself.

What caught the attention of the paparazzi and fans was the shimmering rock, which Nandita was seen flaunting in her ring finger.

Reportedly, the two remained silent about the same but it seems that Neha has confirmed the rumors through her Instagram story.

This gives a lot of evidence that the two are now engaged. However, nothing has been confirmed from the couple’s side yet.

Meanwhile, on the work front, Vidyut is currently shooting for his much-awaited project ‘Khuda Hafiz 2’.

Directed by Farooq Kabir, the film is a sequel to ‘Khuda Hafiz’, which released digitally last year. The thriller drama revolves around Sameer Choudhary (Vidyut) and his mission to save his wife Nargis (Shivalika Oberoi), who gets caught in the sex trade when they come to the Middle East.

Shivaleeka will also be seen in the second part of the film.