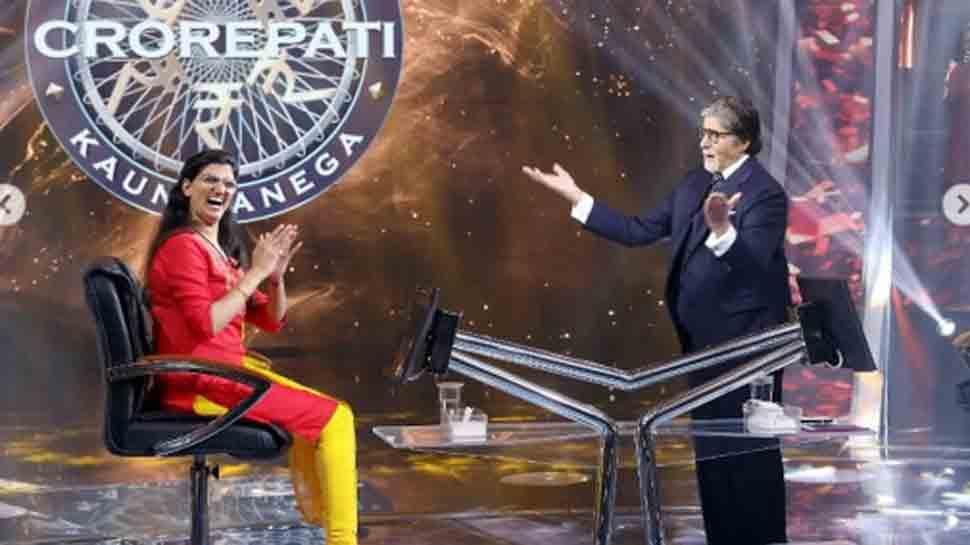 New Delhi: Himani Bundela of Uttar Pradesh has become the first crorepati of ‘Kaun Banega Crorepati 13’. The 25-year-old, a visually impaired math teacher from Agra, answered the question correctly, without any remaining lifelines to win a prize of Rs 1 crore. However, she could not answer the 16th question related to Dr. Bhimrao Ramji Ambedkar, which could have fetched her Rs 7 crore.

Himani won Rs 50 lakh in the previous episode and started with a question of Rs 1 crore in Tuesday’s episode. After winning Rs 1 crore, she decided to quit the game, as she was not sure about the answer to the question, which would have allowed her to win Rs 7 crore.

As the episode began, Megastar Amitabh Bachchan advised her not to get nervous by taking her to the hot seat as she is playing well. The 15th question was related to British spy Noor Inayat Khan, was worth Rs 1 crore. He answered the question correctly and won the amount.

Here is the Rs 1 crore question:

Q. Which of these surnames was used by Noor Inayat Khan for working as a spy for Britain in France during World War II?

When he answered the question correctly, the show host told him that he had not only won Rs 1 crore, but also won a four wheeler.

The jackpot question, which Himani could not answer, was about the ‘Father of the Constitution’ BR Ambedkar. Unsure about hearing the Rs 7 crore question, she was a little confused about the answer. He finally decided to quit the show and took Rs 1 crore along with the vehicle.

Have a look at the Rs 7 crore question:

NS: What was the title of the thesis that Dr BR Ambedkar submitted to the London School of Economics for which he was awarded a doctorate in 1923?

After leaving, when Big B asked him to choose his answer, he chose India’s National Dividend, which was wrong. She expressed relief that she decided to quit the sport and left with the prize money and the car.