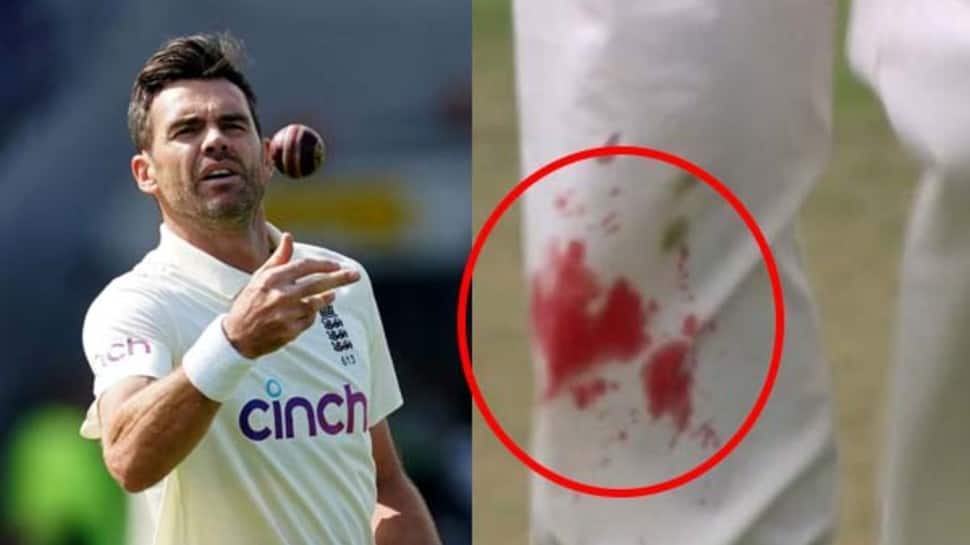 Veteran England pacer James Anderson displayed unwavering spirit and passion for the game on Thursday (September 2) as he suffered a bleeding knee on the first day of the Oval Test against India.

During the 40th over of India’s first innings, Anderson slips during run-up And in the process his knee got hurt. However, instead of asking another bowler to complete his over, the 39-year-old pacer not only completed his over but also continued to bowl without treatment.

Fans noticed James Anderson bleeding when the camera was focused on his trousers where blood stains were clearly visible.

At 39, James Anderson continues to inspire everyone with his dedication.#Engwind #James Anderson #test cricket pic.twitter.com/4Y67lR0ANT

Anderson is bowling with a bleeding knee. Reminded me of Shane Watson in IPL final.. pic.twitter.com/pKhoZQain5

Meanwhile, India were all out for 191 on the first day of the fourth Test against England here on Thursday. Virat Kohli scored 50 runs in 96 balls while Shardul Thakur saved India with a sensational innings of 57 off 36 balls and scored a total of 200 runs in the final session.

England won the toss and tried to bowl another top class after Chris Woakes took four wickets and Ollie Robinson took three wickets. Also, James Anderson and Craig Overton came back with a wicket each as England bundled out India for 191 runs to bat first.

This may be the playing XI of Rajasthan and Gujarat, know...