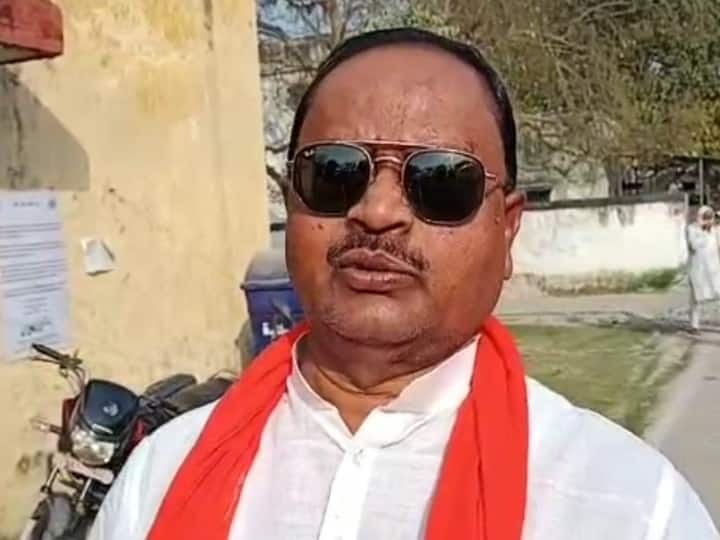 JDU MLA Gopal Mandal Case: An FIR has been registered at GRP police station in New Delhi against controversial MLA Gopal Mandal of Janata Dal United (JDU), who roamed in Tejas Express wearing underwear-vest. At the same time, the MLA had told in his clarification in an exclusive conversation with ABP News that due to his ill health, he was roaming half-naked.

At the same time, co-passenger Prahlad Paswan, who was traveling with him in the train, has made a very serious allegation against him, saying in his complaint that all the companions including the honorable MLA were intoxicated. Prahlad Paswan, a resident of Jehanabad in Bihar, says that the MLA made the whole matter a sesame palm.

Prahlad Paswan said, ‘I saw a person going in a vest-underwear. I just said that Baba wrap the gamcha. The traveler had spoken with understanding but I did not know that he is an MLA. Responding to the deteriorating health of the MLA, Paswan said that whenever he gets caught in some matter, he always makes excuses for the bathroom. An excuse to cook will not work all the time.

Prahlad Paswan said, ‘He pulled my mask. Addressed me with caste-specific words. Abused mother and sister. I was forced to drink dirty water from the bathroom. They were four people and I was the only person scared of their threats. snatched the gold ring and neck chain from both my hands. When there was an uproar, the security was called. He said that if I will shoot it, then I came in panic. After this TT changed the coach.

Read also:
Bihar Politics: Nitish Kumar reacts to the antics of JDU MLA Gopal Mandal, know what he said
After doing ‘cat walk’ in the train, the controversy escalated, then Gopal Mandal came to clarify, said – there was loose motion