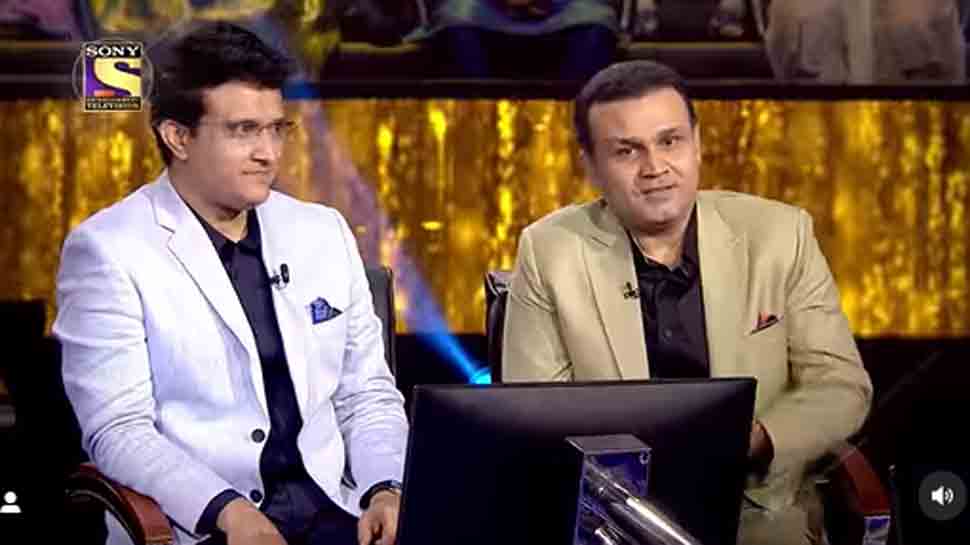 A new addition to the thirteenth season of KBC has been ‘Fantastic Friday’. ‘Shaandaar Shukravar’ is a weekly special episode of KBC 13 where celebrity guests from all walks of life will come to play and win the show. The amount of winnings of these celebs in the show will go to the social cause closest to their hearts.

The latest promo suggests that Sehwag aka Veeru will be at his best while playing the game with host and megastar Amitabh Bachchan. He will also be seen teasing Sourav Ganguly about his much-publicized rift with former Team India coach Greg Chappell.

Amitabh then presented Virender with a scenario of what would happen if he was fielding and missed a catch. The cricketer said that if Greg was the coach, a song would have suited the situation. “Apni to jaise tas kat jayegi,” sang Virendra, pointing to Saurav and continued, “Aapka kya hoga janaab-e-Ali (But what will you do, sir)?” Veeru, who is known for his cheeky one-liners, pulled both Amitabh and Ganguly apart.

During the conversation, Amitabh will also be seen asking what would be his reaction if he wins against Pakistan. Virendra replies that there is a famous dialogue from the 1988 film ‘Shahenshah’. As Bachchan recalls the line, “Rishtey main toh hum aapko baap lagte hain,” Virendra said, “Hum to baap hai hi unke.” This made the senior Bachchan laugh once again.