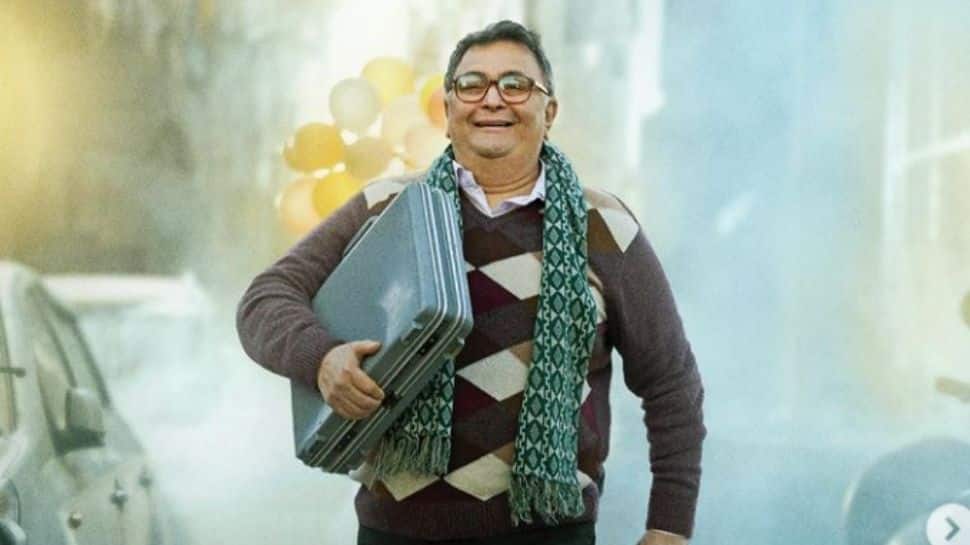 MumbaiProducer of Late Bollywood Star Rishi KapoorOn the occasion of the actor’s 69th birth anniversary, the film’s swansong ‘Sharmaji Namkeen’ unveiled the first poster of the film on Saturday.

Kapoor passed away at the age of 67 on 30 April 2020 after a two-year-long battle with leukemia at HN Reliance Hospital in South Mumbai.

Akhtar shared the film’s poster on Instagram, which shows Kapoor wearing a spectacle, wearing a sweater and muffler around his neck, walking casually and holding a briefcase in his arms.

In an accompanying statement, the team said, “We are proud to present the poster of a very special film – Sharmaji Namkeen, featuring one of the most celebrated actors in the Hindi film industry, with unparalleled work and an illustrious career. We will always cherish Mr. Rishi Kapoor.”

“As a token of his love, respect and memory and as a gift to his millions of fans, here is the first look of his final film,” he added.

Directed by debutant Hitesh Bhatia, the film is a light-hearted coming-of-age story of a lovable 60-year-old man.

It also stars Juhi Chawla, who worked extensively with Kapoor in the 1990s in films such as “Bol Radha Bol”, “Eena Meena Deeka” and “Daaraar”.

After Kapoor’s death, the makers roped in actor Paresh Rawal to complete the remaining parts of the film.

On Saturday, he also shared Rawal’s look from the film in the same avatar, expressing his gratitude to the actor for stepping into the film and completing the film.

“Many thanks to Mr. Paresh Rawal, who completed the film by agreeing to take the sensitive step of portraying the same character played by Rishi-ji,” he added.