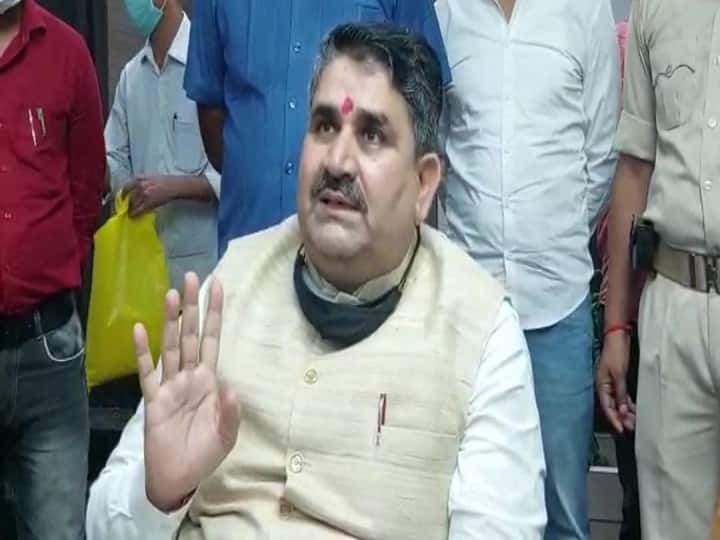 Patna: The political mercury of the state has gone up after Bihar Chief Minister Nitish Kumar was told by the JDU leaders as the PM material. Where JDU leaders are standing on their stand. At the same time, BJP leaders are either avoiding to react on this issue, or are telling PM Narendra Modi (Narendra Modi) as the real contender for the post of Prime Minister. In this sequence, Minister Ramsurat Rai in the Bihar government reacted to the whole matter.

right to have one’s own opinion

When the minister, who reached the party office to attend the BJP’s cooperation program, was asked on this issue, he said that there is democracy in the country. Everyone has the right to have their own opinion. But there is no vacancy for the next ten years for the post of Prime Minister. At the same time, when journalists questioned him on JDU MLC Upendra Kushwaha’s statement of differences in BJP, he said, “Is Upendra Kushwaha the boss of BJP, who would know that there is difference in BJP. He is our ally. He is a leader. He is respected.”

At the same time, he reacted absurdly to Tejashwi Yadav’s tweet that snatched 15 lakh jobs and said that this is a very good thing. If they are saying that 19 lakh jobs were to be given and 15 lakhs were taken away, it means they are accepting that we have given four lakh jobs. This is our achievement, which he himself is telling.

people will have no problem

At the same time, in relation to the cooperation program, he said that he listened to the complaints of the complainants who arrived today regarding the land dispute and also assured them to redress their problems at the earliest. At the same time, while talking to reporters during the program, he said that this cooperation program is being run for the cooperation of the public. In this, all the problems of the people are being solved. Soon the entire process related to land will be online and people will not have any problem.

Tejas’ gift to the people of Patna, Rajdhani Express Special equipped with state-of-the-art facilities will run from today

Uttarakhand Elections: What is the political math of Roorkee assembly seat?...