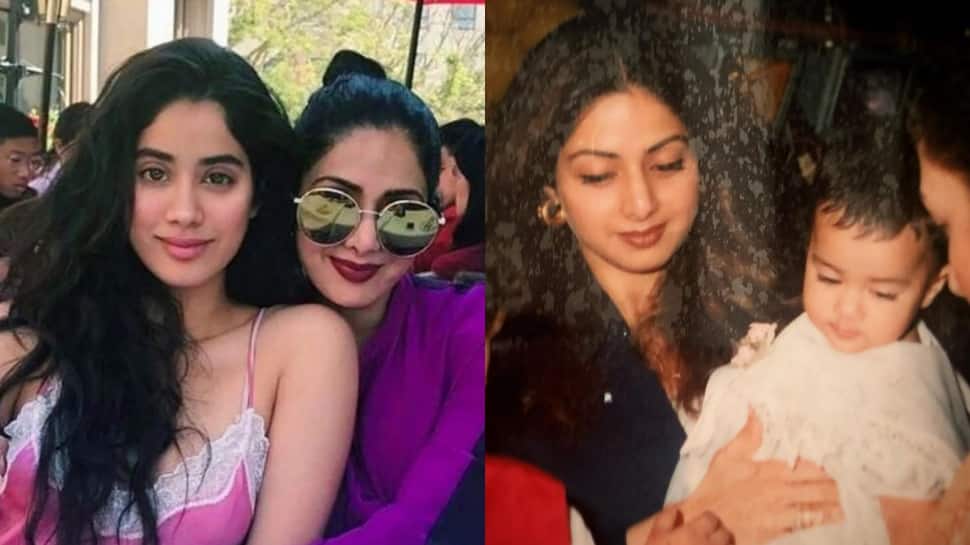 Mumbai: Bollywood actor Janhvi Kapoor penned an emotional note with an old picture for her late mother and actress Sridevi on the occasion of Mother’s Day. The ‘Dhadak’ actor on Sunday shared an adorable throwback picture on his Instagram handle, in which Sridevi can be seen holding Janhvi. She wrote, “Even in your absence I feel your love everyday. Even in your absence you are the best mother in the world. Love you.”

B-town celebrities and fans showered love on the mother-daughter duo by dropping heart emoticons on the post. Ananya Panday, Maheep Kapoor, Manish Malhotra and others reacted to the ‘Gunjan Saxena’ actress’ post.

Pakistani actress Sajal Ali, who played Sridevi’s daughter in the 2017 Indian film ‘Mom’, also dropped heart emojis on Janhvi’s post. He has often spoken affectionately about her in various interviews and called her a ‘mother figure’ in his real life as well.

For the unaware, Sridevi breathed her last in Dubai on 24 February 2018. She is survived by husband Boney Kapoor and daughters Jhanvi Kapoor and Khushi Kapoor.

On the work front, Janhvi is shooting for her upcoming film ‘Bawal’ with Varun Dhawan. Also, she will be seen in ‘Mili’ co-starring Sunny Kaushal and ‘Good Luck Jerry’ directed by Aanand L Rai.

(With inputs from ANI).