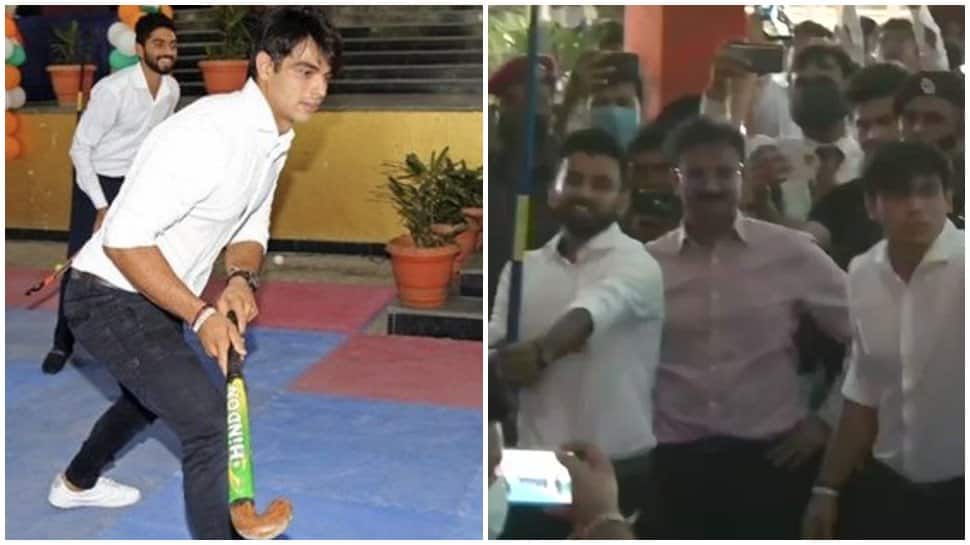 India’s Olympic star Neeraj Chopra enjoyed a friendly hockey game with Manpreet Singh and his Olympic bronze-winning unit in Jalandhar on Tuesday. The 23-year-old was also seen giving some javelin lessons to the captain. NITI Aayog CEO Amitabh Kant was also present in the program.

Video of the incident was shared by ANI on Twitter.

Neeraj also appreciated the impressive performance of our Para athletes and asked the countrymen to extend their support towards them. Neeraj said, “The Paralympians are doing a great job. They are playing well and making world records. They need the support and inspiration of the countrymen. I look forward to next year’s Commonwealth Games, Asian Games and World Championships.” I’m training.” Journalists from Jalandhar.

Neeraj created history earlier this month when he became the first Indian track and field athlete to win a medal at the Olympics. The 23-year-old secured a gold medal in the men’s javelin throw final at the Tokyo Olympics.

Para Athlete on Monday Sumit Antil also won gold in the javelin throw at the Tokyo Paralympics, after recording a throw of 68.85 m, which also set a new world record.