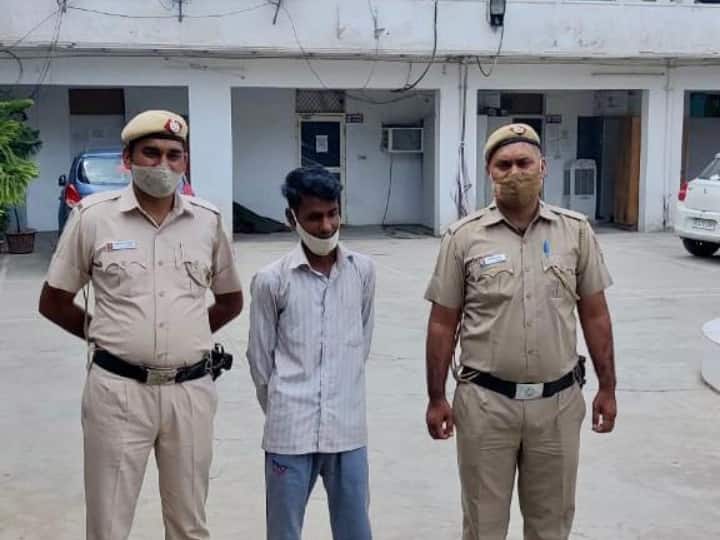 Delhi News: Delhi’s Fatehpur Beri police station has arrested a young man who, posing as a girl on a social media platform, would peep into the profiles of the girls and then befriend those girls by trapping them in their words. The name of the accused is Abdul Samad (23). By talking in the voice of the girl, he first wins the confidence of the girls that she is the girl. Once the girls were convinced that, then this hoax would take forward the dirty talk and order pornographic videos and photos of the girls. When the girls came to know about the reality of this fraudster, he would threaten to make the pornographic videos and photos viral to put pressure on them.

What’s the matter?
South District DCP Atul Thakur said that on July 27, a 15-year-old girl reached the Fatehpur Beri police station along with her family members. Giving a written complaint, he said that he had created an Instagram ID on his father’s mobile phone. On this social media platform, she came in contact with an unknown girl. This girl would talk as if she was the elder sister of the victim.

She used to talk like this “How are you small, how are you dolls”. A month later, he sent some obscene pictures and videos to the teenager. Claimed that these videos and photos belong to him. Later he also asked the victim to send such videos/photos. The victim girl believed that she sent obscene pictures and videos to the suspect. After this she started making video calls with him on WhatsApp. But that suspicious girl did not show her face during the call.

Because of this, the victim girl started ignoring him. He stopped receiving calls. After which the suspicious girl started threatening to make the obscene pictures and videos sent by her viral on social media. The victim told the whole thing to one of her friends. A video call was made to that suspicious girl from a new number. This time the call was received by a man. After which the teenager told everything to her family members and the matter was reported to the police. The police started investigation by registering a case under the POCSO Act.

such an arrest
Fatehpur Beri SHO Inspector Kuldeep Singh’s team started investigation into the matter. The police sent a notice to WhatsApp and Instagram asking for details of the suspect’s mobile number and ID. Instagram provided some IP addresses to the police. During investigation, the police came to know that the suspect girl has made some other Instagram IDs. The police also got their details.

Police got clues that these fake profiles are being run from Lucknow. The police team went there and with the help of technical surveillance caught a young man from his house. He was identified as Abdul Samad. The accused told that he used to talk to underage girls and watch their pornographic photos and videos. To do this, he used to become a girl. The accused has studied till 10th standard. He is very interested in internet social media sites.

He used to learn all this on YouTube, how to operate these sites. With the help of an app like “Test Now”, he used to make messages and video calls to the accused girls from international numbers. He used to describe himself as a Canada based NRI. Indecent videos and photos of many girls have been recovered from his mobile.

Harmony in Gurugram with a 13-year-old minor from Delhi, murder after rape, Congress leaders reached to meet the victim’s family

Mohali Blast: After the attack, how is the picture of the police intelligence office? see ground report

Sri Lanka Protest: What is the process of India seeing the neighboring country burning?