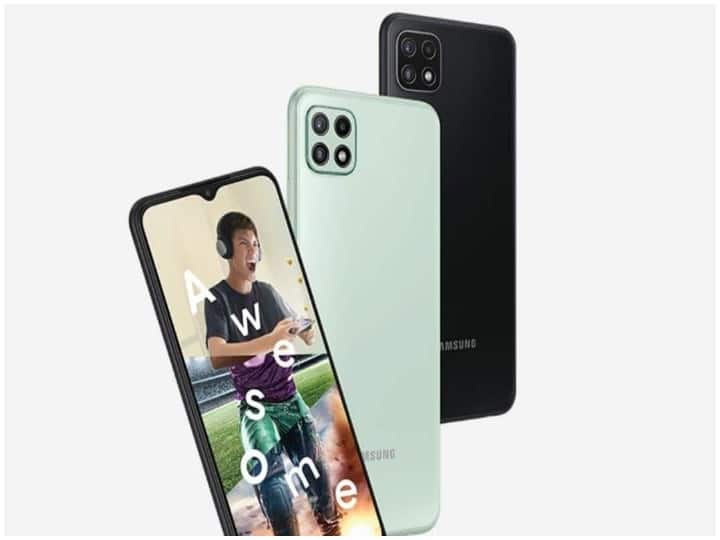 Smartphones of South Korean tech company Samsung are very much liked in India. That’s why the company offers one to one great offers to its customers every day. Once again the company is offering a discount on its smartphone Samsung Galaxy A22. This phone was launched in the same variant 6 GB RAM + 128 GB internal storage, whose price has been fixed at Rs 18,499, but you can bring this phone home at a lower price. According to the company’s official website, an instant cashback of about Rs 1,500 is available on this. However, for this you have to pay with HDFC Bank card. So let’s know what are the features in it.

specification
The Samsung Galaxy A22 smartphone has a 6.4-inch HD + Waterdrop Notch display, which has a resolution of 720×1600 pixels. The phone works on the Android 11 operating system. Equipped with MediaTek Helio G80 processor. It has 6 GB RAM and 128 GB internal storage.

camera
For photography in Samsung Galaxy A22, the quad rear camera setup has been given in the phone, whose primary camera is 48 megapixels. Also 8 megapixel ultra-wide angle, 2 megapixel depth sensor and 2 megapixel macro lens have been given. It has a 13 megapixel camera for selfie and video calling.

Battery
5000mAh battery has been given for power in the Samsung Galaxy A22 smartphone. The company claims that this battery gives up to 38 hours of talk time and up to 25 hours of internet usage time. The phone is available in Black and Mint color options.

These are the best smartphones with 6 GB RAM and 6000mAh battery in Rs 15000, know price and features

Which Samsung smartphone can come with 200 megapixel camera, here are...